Morgan French is an Indigenous RPN from Chippewas of Southwest Ontario whose first experience of the Aboriginal Health Access Centre (SOAHAC) was as a patient.

French became an RPN in 2018, and began working as a member of the SOAHAC Chippewa Site Integrated Care Team in 2020.  Even before she began her career in healthcare, the centre’s purpose resonated with her.

“One of the many reasons that I aspired to become a nurse was to work specifically within the community and with my aboriginal population, and to  help break down the barrier that can exist between Indigenous people and the healthcare system,”  French explains.

SOAHAC’s purpose is to improve access to, and the quality of, health services for First Nations, Inuit and Métis peoples in the spirit of partnership, mutual respect and sharing.

“SOAHAC has always been a part of my life, my family’s life and the lives of many community members. It is a place that is respected within the community and it has always been a place I wanted to come and work at,” says French, who is proudly a member of the Chippewa First Nation. Centres like French’s on the Chippewa site are part of the Aboriginal Health Access Centres (AHAC) network.

Being an Indigenous nurse in the community means French can better connect with her patients because of the shared history between them. French describes the benefits of this connection, “The lasting negative effects of residential schools and resulting intergenerational trauma are still present in many people’s lives. Having a place like SOAHAC where our culture and practices are respected and valued is an important part of trust we build with our patients.”

And there are about to be more Indigenous nurses and PSWs in Ontario’s healthcare system. In March 2022, the province announced it was investing $34-million over four years to increase enrolment in nursing and personal support worker programs at six Indigenous Institutes. The province said the funding will help the Indigenous Institutes expand their existing programs or create new ones to support training of approximately 340 practical nurses, 60 registered nurses and 400 PSWs over the four years.

“Providing additional pathways to health care education close to home will also result in more nurses and PSWs who are training, working and staying in their communities,” Jill Dunlop, the province’s Minister of Colleges and Universities said in a release accompanying the announcement.

The extra funding is great news and will allow more nurses to offer culturally-aware care,  says Andrea Racette, a Metis RPN who grew up in Duck Lake, Saskatchewan, and now works in SOAHAC’s London Integrated Care team. Racette graduated as an Aboriginal LPN (Licensed Practical Nurse) at Bow Valley College in Calgary. Throughout her program, she learned cultural approaches to healing. “We learned about different ceremonies and learned about sweat lodges. We got to smudge every day if we wanted to.”

Racette says she loves being a role model to younger Indigenous people who want to move into healthcare. She says there aren’t many Indigenous health care providers.

“It’s really important to get more Indigenous people like me into the healthcare field.”

“I always try to promote it. There are not many of us at all. It’s important to get our faces out there so that our communities feel more comfortable with the healthcare system. We’ve had a lot of trauma from being in the healthcare system because of residential schools, the Indian hospitals, etc.,”  she says.

Being a Metis RPN means she has a special connection with her Indigenous patients, Racette explains.  And she can offer a different kind of care. She points out that all nurses at SOAHAC have a smudge kit available to them to use with their patients. “At SOAHAC we always try to help with the spiritual, the mental, and the physical aspects of healing – all together. When you come to our location, we have primary care, we have dieticians, dental, mental health and addictions experts – but we also have traditional healers,” Racette explains that builds trust and connection.

Racette says. “If I’m with a patient and they’ve had a miscarriage, for example, and they start crying and become vulnerable, I have sweet grass and sage available, which are our sacred medicines. We can do a smudge with the patients. I love these different aspects of care that we can offer that are different from a normal clinic.” Racette points out that at its new location opening in December 2022, SOAHAC’s London Integrated Care site will have a sweat lodge for patients looking for spiritual and physical healing.

Nadia McCormick, an RPN who works on SOAHAC’s Owen Sound Integrated Care Team, says the province’s announcement will lead to more Indigenous nurses who will be able to better treat Indigenous patients.

“Being Indigenous has allowed me to connect with clients in different ways. It tends to be a topic of conversation early on in the relationship building phase. I can relate to my clients, as historical trauma and intergenerational trauma affects Indigenous people in many ways,” says McCormick, whose ancestors come from Serpent River First Nation.

She says at SOAHAC they strive to not only recognize the barriers keeping our clients from accessing safe and equitable health care, but to remove those barriers as much as possible. “Members of our team sit on committees and work with health care institutions to update policies and add an Indigenous perspective. While also working hard to amplify the voices of the community members from the two First Nations that we serve as well as the Urban Indigenous population in Grey-Bruce.”

As a patient navigator, McCormick is sometimes a liaison between the Owen Sound Hospital and the two First Nations it serves. She says the most important role she has is to advocate for her patients.

For Morgan French, who always wanted to work at the Chippewa site, culturally aware care means better care for Indigenous patients. “Sometimes people come in and they’ll just be super comfortable and know what you’re talking about. It is good for them to see a familiar face. It’s good for them to see another Indigenous person caring for them. It provides them a lot of comfort to have that.”

Considering a New Future for Nurses

Nursing Outside the Box 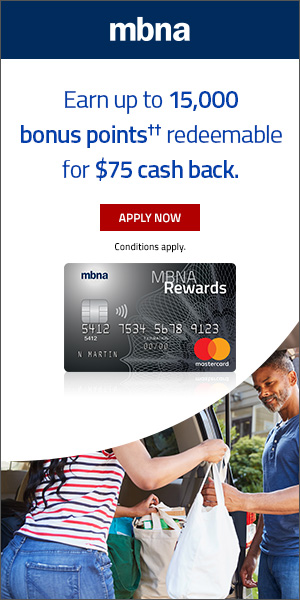 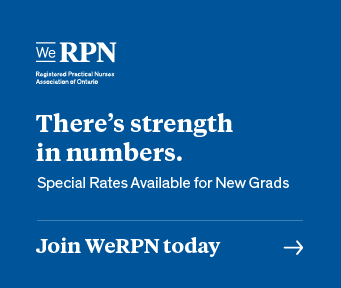